In 2011 Forum for Folk Arts planned and organized the grand Opening Concert for WOMEX 11, the most important international world music event organized that year in Copenhagen. ‘Hungarian HeartBeats’ was created especially for this event, portrayed the cultural and musical diversity of the country stemming from the dance house movement until nowadays.

Months in the making, Hungarian HeartBeats mustered the most innovative and exciting performers on the Hungarian world music scene as well as the most authentic representatives of the age-old musical culture of villages.

The cimbalom, an emblematic Hungarian instrument took centre stage: the duo of Kálmán Balogh and Miklós Lukács played traditional Roma melodies and their own compositions, and also had an important role in the authentic folk music played by Tükrös band. The performance of Miklós Both on electronic guitar and Balázs ‘Dongó’ Szokolay on wind instruments was also introduced and sealed by the ‘Hungarian piano’. Söndörgő and Kátya Tompos stepped in with their breathtaking South Slavic tunes and asymmetric rhythms to provide a vivid counterpoint. Intensity peaked as Ági Szalóki sang authentic Roma songs, accompanied by the spellbinding dances presented by Barbara Baranyai and Ignác Kádár who brought the treasure of the Hungarian folk heritage closer to the audience.

The success of Hungarian HeartBeats at WOMEX11 called for replay: at Budapest Spring Festival and MOM Wine Festival. The show inspired Gipsy ‘HeartBeats’: the much-loved opening concert of WOMEX15 organized by Forum and hangveto as well. 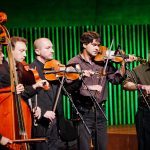 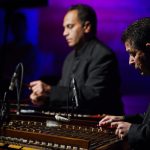 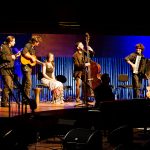 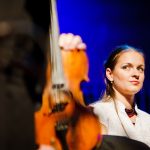